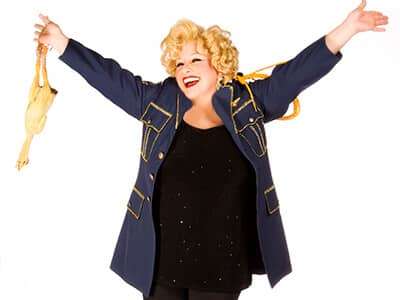 Sherie Rae is a talented performer who has paid her dues and is making her mark in today’s entertainment field. In April 1983, Sherie joined the original cast of Legends In Concert in Las Vegas. Sherie originally joined the cast as Janis Joplin. She has performed for Legends all over the world for the past 17 years. Her tribute to Bette Midler is remarkable.

Sherie’s background includes music, dance and acting. She started out performing at the Great American Food and Beverage Company in the Los Angeles area. The Great American Food and Beverage Company was a unique, trendy restaurant that required all employees to sing and act as they served the customers. “It was a fun place to work”, recalls Sherie, “every night was something different, you had to be quick and think on your feet”.
Sherie has entertained in some of the best clubs in Las Vegas and the Los Angeles area. She has also appeared on several national television shows and commercials.