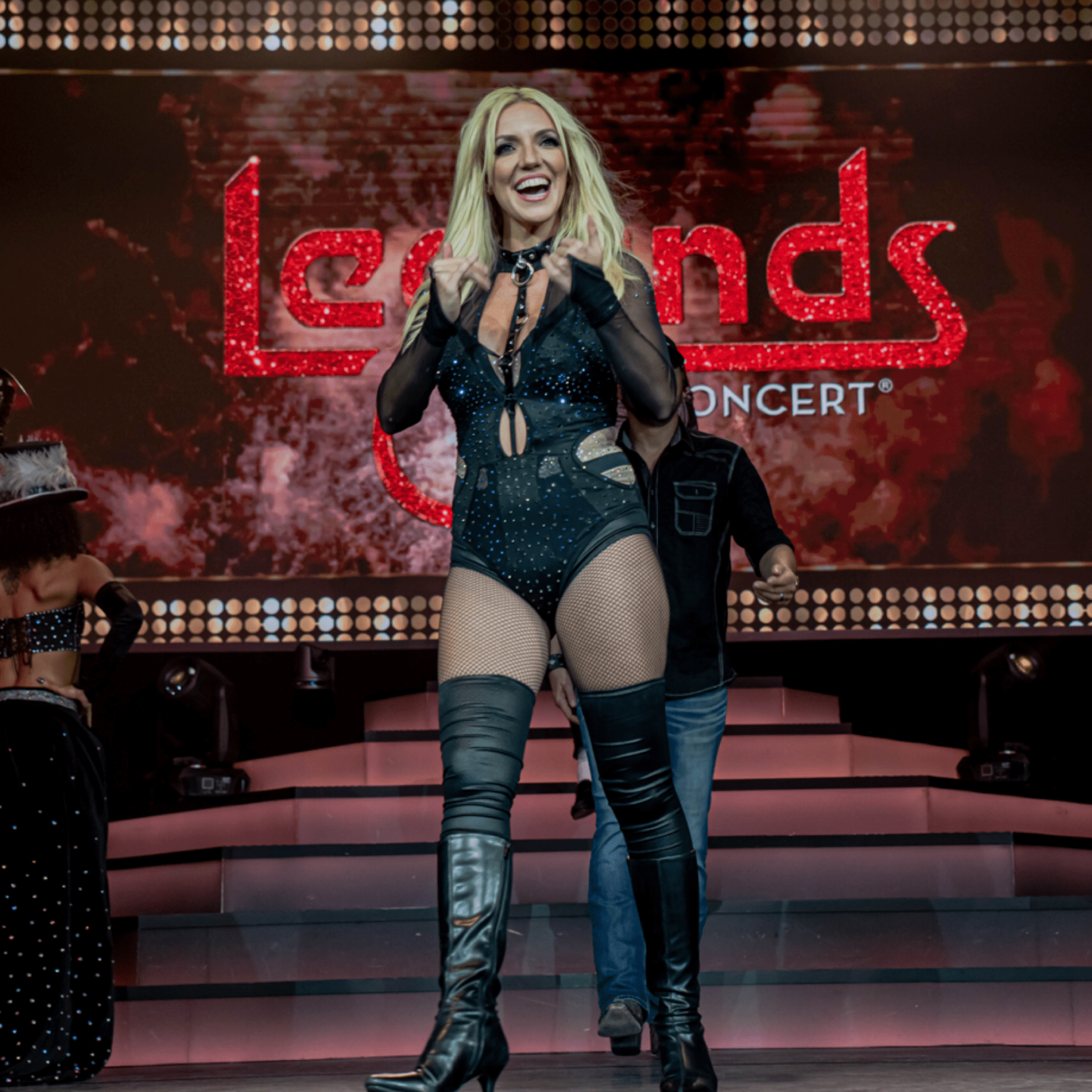 Katie Murdock, happily known as Britney Spears to the Legends audience, is no stranger to musical performance. Having grown up in a family of singers, Katie first sang for a crowd of hundreds at age two, and has remained a familiar stage presence since then. Starting with her

family’s singing group, she learned from her professionally performing mother how to sing, harmonize, and “WOW” a crowd. Katie continued singing through grade school, into middle school, and now into a career.

Hailing from Utah, and later moving to Las Vegas, Katie literally sung her way across the states. After consistently hearing that she looked strikingly similar to the famed singer, Katie first tried her hand as a Britney tribute artist in 2005.

Now, Katie’s hard earned singing talent, combined with her uncanny similarity to Britney has brought her to Legends In Concert’s main stage as a career tribute artist. Taking her so far as to be a guest on the Ellen Degeneres show, Katie’s performances have time and again shown the crowd how and why she is revered for her ability to reproduce Britney Spears’s act. With many years of paying tribute to Britney under her belt, not to mention her life’s work of singing and dancing, Katie Murdock is a Legends performer to be sure not to miss.