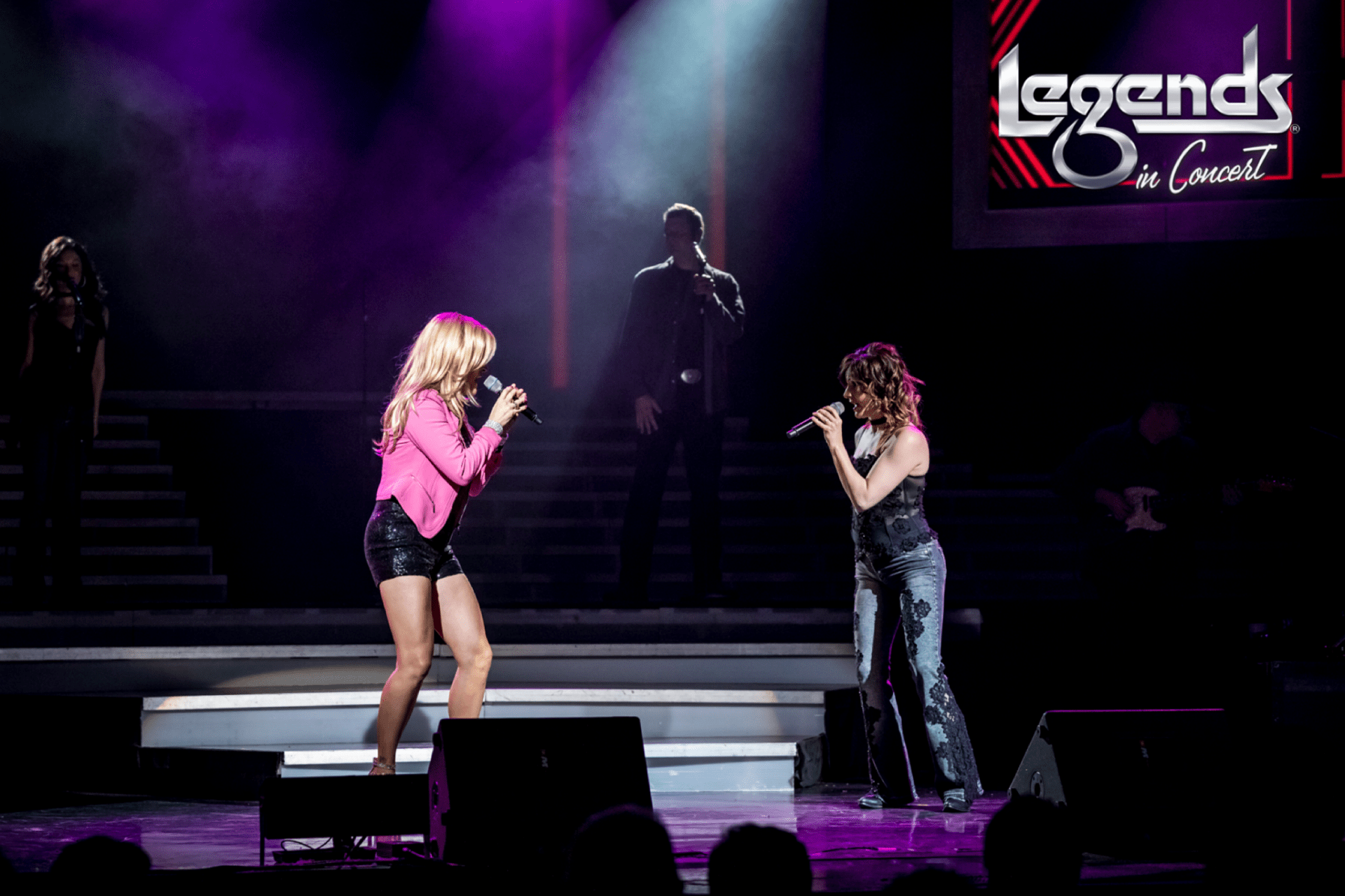 Rebekah Osmond has been performing professionally for 25 years. Just recently has she taken on the challenge of singing as the sensational Carrie Underwood and joining the multi-talented cast of Legends in Concert. She started her performing career as a teenager in Branson, Missouri, singing country, gospel, jazz, and Broadway style music. She performed with several artists including The Osmond Brothers, The Lennon Sisters, Glen Campbell, Tony Orlando, Cristy Lane and Shoji Tabuchi. Since then, she’s gone on to produce and record albums, and perform in two Broadway National Tours of Joseph and the Amazing Technicolor Dreamcoat. She has played memorable leading lady roles in other musicals such as Eliza in My Fair Lady, Lina Lamont in Singing in the Rain, Narrator in “Joseph,” and many others.
Rebekah studied Music Education at Utah Valley University and has taught voice and performing classes in schools such as Utah’s Center of Performing Arts(COPA), plus consults and teaches private lessons as well. Beka is married to Michael Osmond of the Osmond 2nd Generation and is mom to six beautiful and talented children. When not on the stage or in the studio, she mostly enjoys being outdoors running, hiking, kayaking, golfing, and loving on her kids.