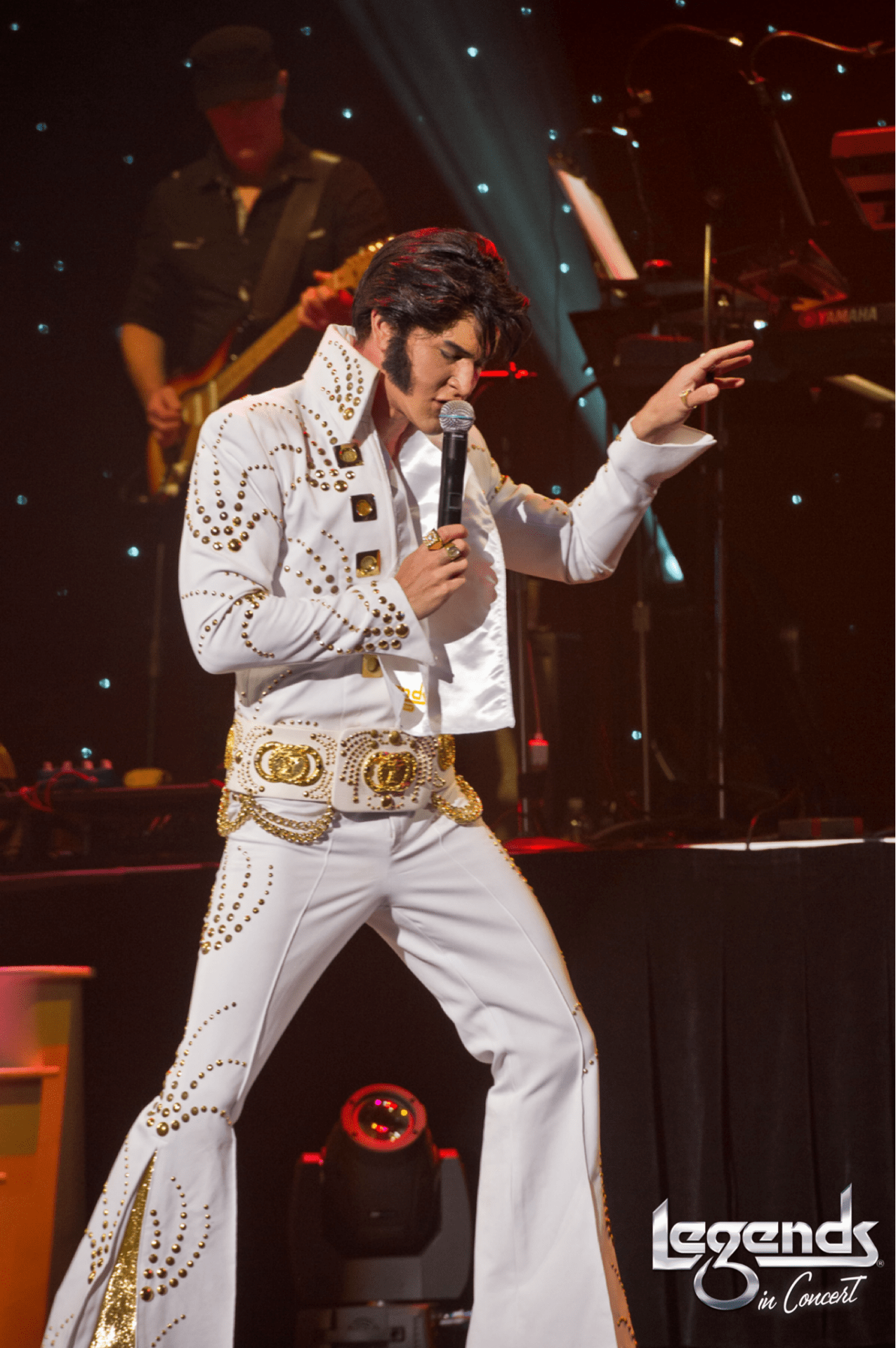 Hailing from Manhattan in NYC, Pat is no stranger to the stage. He performed in his first NYC production at age twelve and since has had the honor of performing in different musical productions around the globe. While going on to earn a B.F.A. in Musical Theatre from the prestigious Hartt School of Music.

Growing up an avid Elvis fan at a young age, Pat unknowingly studied and absorbed Elvis records and performance footage to allow him to quickly work his way up within the industry as one of the most authentic ‘Elvis Tributes’ to be performed. An internationally recognized and award-winning Tribute Artist Pat represented the Foxwoods Resort Casino production of ‘Legends in Concert’ in ‘The Ultimate Elvis Tribute Artist’ competition held by ‘Elvis Presley Enterprises’ in Memphis, TN. Ending with a top 5 finish in his first year of participating! Using authentic costumes, and movements, while matching Elvis’ vocal power and nuance, even wearing jewelry pieces taken from the exact molds used for ‘The King’ himself!

Pat was brought to see his first production of ‘Legends in Concert’ at age ten, by his parents during their annual vacation, at the Myrtle Beach location. After that, he was the only pre-teen in town to have ‘Blues Brothers’, Tom Jones, and Elvis Presley cassette tapes in his Walkman. Pat considers performing with ‘Legends in Concert’ a huge honor and a responsibility to keep the music and name of Elvis Presley alive and well…So, maybe that next ten year old brought to the show will walk out and download some ‘new’ music!