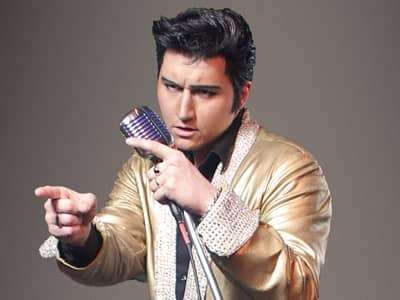 Born and raised in Lincoln, Nebraska. Growing up, Tyler felt a huge connection to the music and the person of Elvis Presley and wanted to become an entertainer because of it.

He is an accomplished singer, songwriter, actor and recording artist. Tyler has appeared in several mainstream shows across the United States including Legends in Concert. He portrayed the role of young Elvis Presley in the Las Vegas cast as well as in the National Tour of the Tony Award winning hit Broadway show “Million Dollar Quartet!”