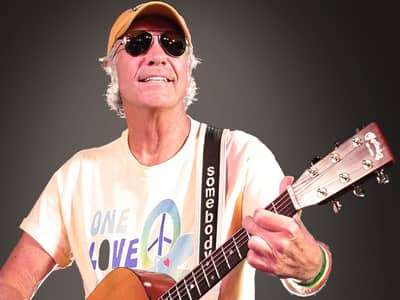 Barrie Cunningham is a producer, entertainer, singer and musician. He has spent most of his life entertaining in clubs, lounges, showrooms, concert halls and on cruise ships around the world. He performs as a solo act or with full accompaniment. He began performing in coffeehouses singing folk music when he was 15. He later made his mark in Southern California with the popular rock-a-billy group Black Slacks. He has received many awards including Entertainer of the Year in San Diego, California and was a principal act in a show voted Show of the Year in Reno, NV for 3 years. In 2008, he performed a concert for the opening of the new American Embassy at the historic Brandenburg Gate-Berlin, Germany.

Since 1990, Barrie performed about 300 dates per year, 2 shows per day, and entertained more than 3 million show-goers. His shows perform in theaters and main casino showrooms, on cruise ships and at major corporate events. He is a popular guest on TV talk shows and receives a great deal of news press in the cities where he performs. Although best known for his live performances, he is also a recording artist with several releases. Barrie performs original material as well as songs composed by other artists. Barrie also has extensive experience in entertainment booking, production and showroom/theater operations.

Barrie is probably best known for his incredible tributes to the legendary Neil Diamond, Jimmy Buffett, and Neil Young. Barrie performs these tributes in main showrooms, theaters and cruise ships around the world including Japan, Russia, Hawaii, Canada, Australia, the Caribbean and Europe. His tributes to Diamond and Buffett were the first tributes to play an indefinite engagement in a main showroom in a major Las Vegas Casino. Roger Bartlett and Fingers Taylor, two of Jimmy Buffett’s original Coral Reefer Band members now perform with Barrie in the most authentic Buffett tribute available. Other Jimmy Buffett band members you may see with Barrie include Mike Utley, Robert Greenidge, Amy Lee, TC Smith, Doyle Grisham and more.