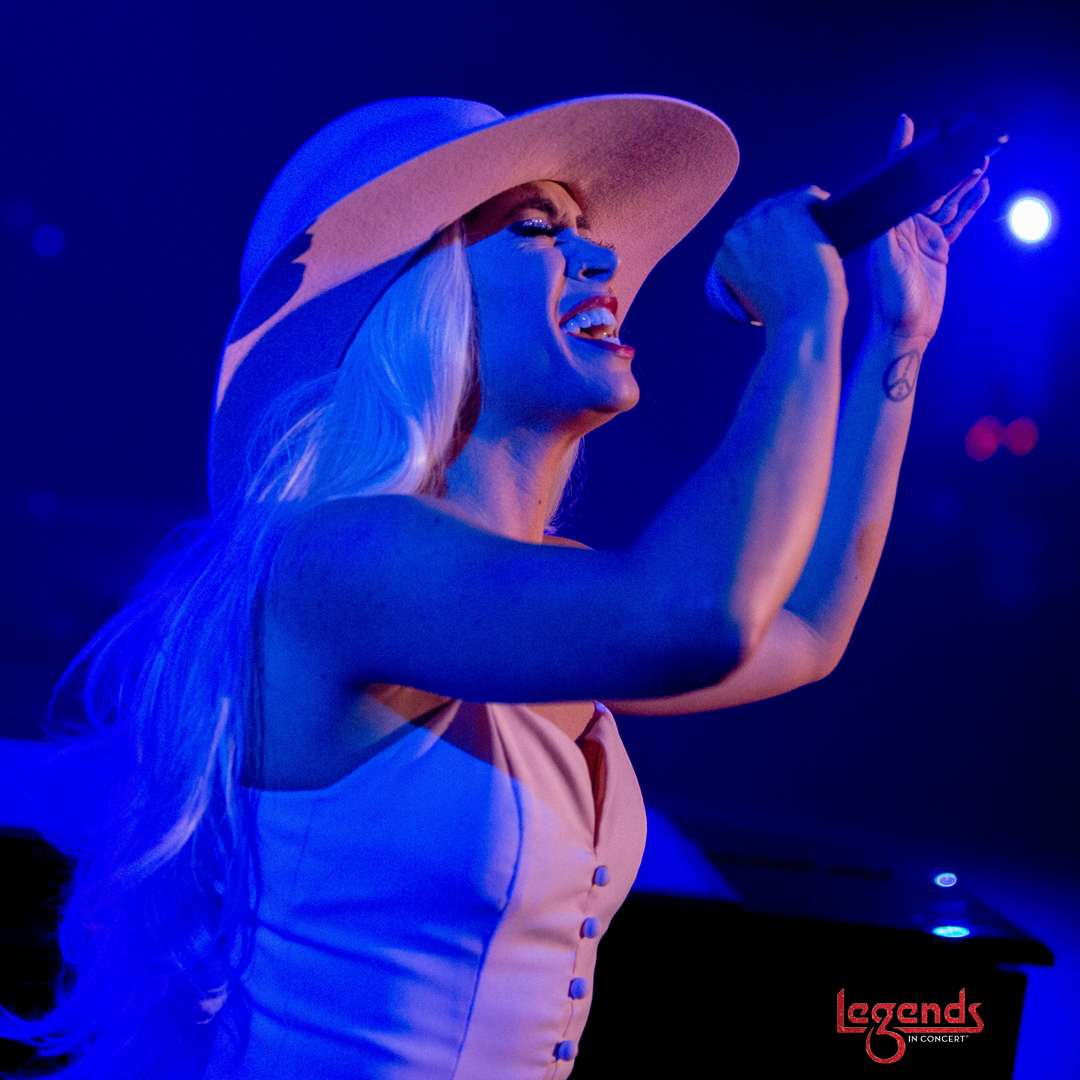 Erika Moul is known across the globe as America’s multi-award winning Lady Gaga Tribute artist. With over 60 Million views on Youtube alone, monsters go GAGA the moment she hits the stage. Most recently chosen to star in an upcoming television series portraying the legendary pop star, she is published as “the best of the best tributes,” upholding the title with every 100% live spot on performance.
This Michigan born native is not only multifaceted in her research of Lady Gaga, but in performance art and entertainment production. After high school, she was selected alongside only 12 others to study in a specialized Fine Arts program focused on theatre, acting, producing and directing. Performing in multiple shows, sometimes two at a time, she earned a coveted “Best Leading Actress” award for her role as Elle Woods in Legally Blonde the Musical and received honors along with her Bachelor’s upon graduation at Michigan State University in 2012.
In the early stages of her career, Erika produced shows in local clubs as “Baby Gaga” to raise funds for her fellow college students when Broadway and Las Vegas took notice of her talent. Offering her careers in multiple directions, she decided Lady Gaga would be the role of a lifetime.
11 years and over 2,700 shows later, she has proved that choice a huge success! Performing year round, she authentically lives and articulates every unique era of Gaga. No matter the genre: Pop, Rock, Country, and even Classical Jazz, her voice is a jaw-dropping match, nailing every note and tone. “Whether she’s throwing herself on the ground, or standing on her piano bench to play, Moul’s fully committed, living and breathing this.” (Las Vegas Review Journal)

Erika receives admiration from the ‘Mother Monster’ herself via social media and is often mistaken for her in media publications. With her elaborate wigs, handmade replica costumes, and utilizing Gaga’s Haus Laboratories makeup line, Erika is the PERFECT ILLUSION, even fooling her father and best friend. Yet this versatile actress loves to prove that true talent lies in the ability to transform not just her looks, but her entire aura. She stands out among the rest with her unapologetic powerhouse voice, genuinely acted Gaga banter, mannerisms, and precise choreography. Despite humble corrections, mobs of monsters are convinced she’s the real deal rushing the stage once she starts singing. Erika and Lady Gaga not only share a head to stiletto resemblance, but even dancers and wardrobe costumers, which has uniquely honored her inside knowledge that keeps her standards true to form.
Erika always had a personal artistic connection to Lady Gaga, her music, and self-love message the moment she heard Just Dance in 2008. Which is why it is no surprise that her portrayal is always very genuinely created and lived. She knew she was born to entertain and refused to do anything else as she believes her purpose is always to create to inspire. Erika continues to rock the stage touring and hopes to inspire you to “believe in yourself, love who you are, and never give up on your dreams.”