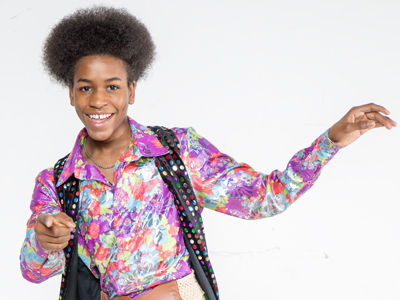 Born in Japan, Nathaniel moved to the United States at age 6 and that same year booked his first movie The Red Cape. This was followed by numerous print and commercial jobs. At the age of 12, Nathaniel booked Motown the Musical on Broadway, playing the roles of Young Berry Gordy, Stevie Wonder and Michael Jackson. Upon the show’s closing, he joined the first National Tour. An extremely talented singer/dancer, Nathaniel appeared on Steve Harvey’s Little Big Shots, and he also performed for Céline Dion at En Direct de L’univers in Montreal. He danced with the Coppélia Ballet and is a member of the world class Austin Ballet Summer Intensive. Most recently, Nathaniel starred in Nickelodeon’s revival of Sid and Marty Krofft’s, The Bugaloos.