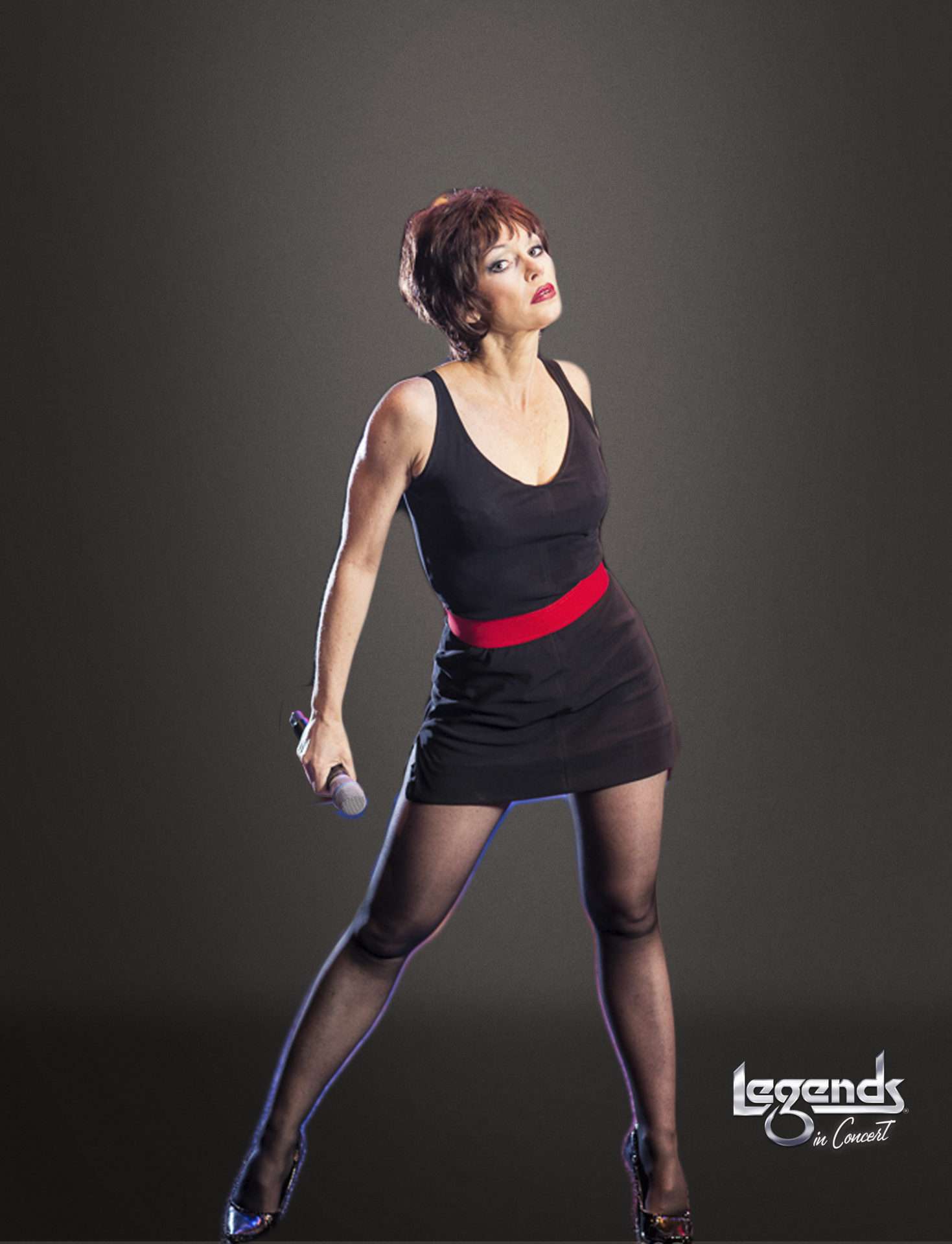 Stacey Whitton Summers is a singer/songwriter /actress from Reno, NV and comes from a musical family of eight. She has been entertaining audiences since age seven. She played saxophone and toured with a classical quintet as a child. She loved musical theater, however, so just like the Queen of Rock, Pat Benatar, Stacey’s teenage/ university years were filled with studies of theater and classical voice.

During her pursuit of a Fine Arts Degree in Opera and Theater, she was signed to her first recording contract. During her album tour that year she was approached by the Producer of Legends in Concert and was cast in the Las Vegas based show. Since then she has used her talents in makeup /wig design, comedy and voice manipulation to recreate other icons for the stage and TV. For over a decade Stacey has been meticulously recreating icons. You may have seen her live performing as Shania Twain, Marilyn Monroe, Martina McBride, Madonna, Gretchen Wilson, Katy Perry and her long time favorite, Pat Benatar.

She has starred on TV shows such as ABC’s “The Next Best Thing, MTV’s “Taquita and Kaui”, E! Television’s “Country’s Most Shocking” along with appearing as a featured artist on over 40 variety TV shows. She has shared the stage with original greats such as Dolly Parton and Dom Deloise. Stacey toured internationally and received media praise from Las Vegas, Atlantic City, Florida, Myrtle Beach, and Branson to the Bahamas, Singapore, Australia, Canada, and many parts of South and Central America. She has spent the last few years in Las Vegas where Shania Twain herself paid a visit to the Vegas strip to see Stacey perform. She has enjoyed singing for Dale Earnhardt Jr.’s Birthday Bash and the National Rodeo in Las Vegas; however, one of Stacey’s highest honors was to perform for the U.S. Troops at the U.S. Naval Base on the private island of Diego Garcia in the Indian Ocean.

Stacey is a seasoned professional in many genres of music and has released 4 of her own CDs. When she’s not on the stage performing as one of her many characters, you’ll find her singing her own original music at her family owned restaurant in downtown L.A. called Prank. Her most recent CD called “Good Thing Goin’ On” was co –written with Rock Legend, Delaney Bramlett. Costume design is another one of her creative passions which has led to her own vintage style accessory line called “Whitton De Fleur.”