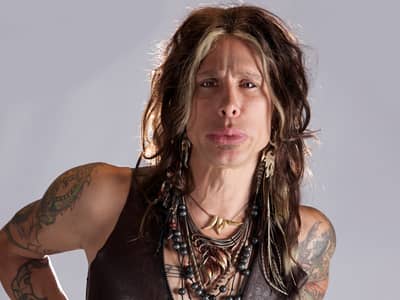 There’s no mistaking Aerosmith’s lead singer Steven Tyler—that is, unless you’ve just bumped into Legends’ tribute artist Chris VanDahl. Rock and roll performer VanDahl has a long history of singing and performing professionally, but one of his biggest claims to fame is being the preeminent Steven Tyler tribute artist. Touring globally, with his Aerosmith tribute band Aeromyth, VanDahl has successfully mastered how to reproduce Tyler’s unforgettable vocals. Starting playing music at age 11, Chris VanDahl knew then, that music would be the life for him.

With his first performance being at age 13, Chris now has years and years of practice under his belt. And, of course, he brings that passion and experience to the stage every time he puts on one of his stellar renditions of Steven Tyler. Interestingly, Chris was hesitant at first to commit to professional tribute. Always looking incredibly similar to Tyler physical appearance, Chris was hearing that he looked like the rock star long before he began to pay tribute to him. Luckily for those of us in the audience, Chris realized that he had a golden opportunity.

Combining his musical talent with his naturally occurring likeness to Tyler, Chris VanDahl now puts on one of the most celebrated performances of Steven Tyler. And just in case you don’t believe us, let his references testify to his ability–he’s performed with members from Guns N’ Roses, the Rolling Stones, MC 5, Kid Rock and the Silver Bullet Band. He’s performed on the Jay Leno show, appeared on Regis and Kelly, won the award for Best Tribute Artist from the VMRA’s. And, of course, regularly stars at Legends in Concert. So, take our word for it, and come find out for yourself to see just how good Chris VanDahl really is!