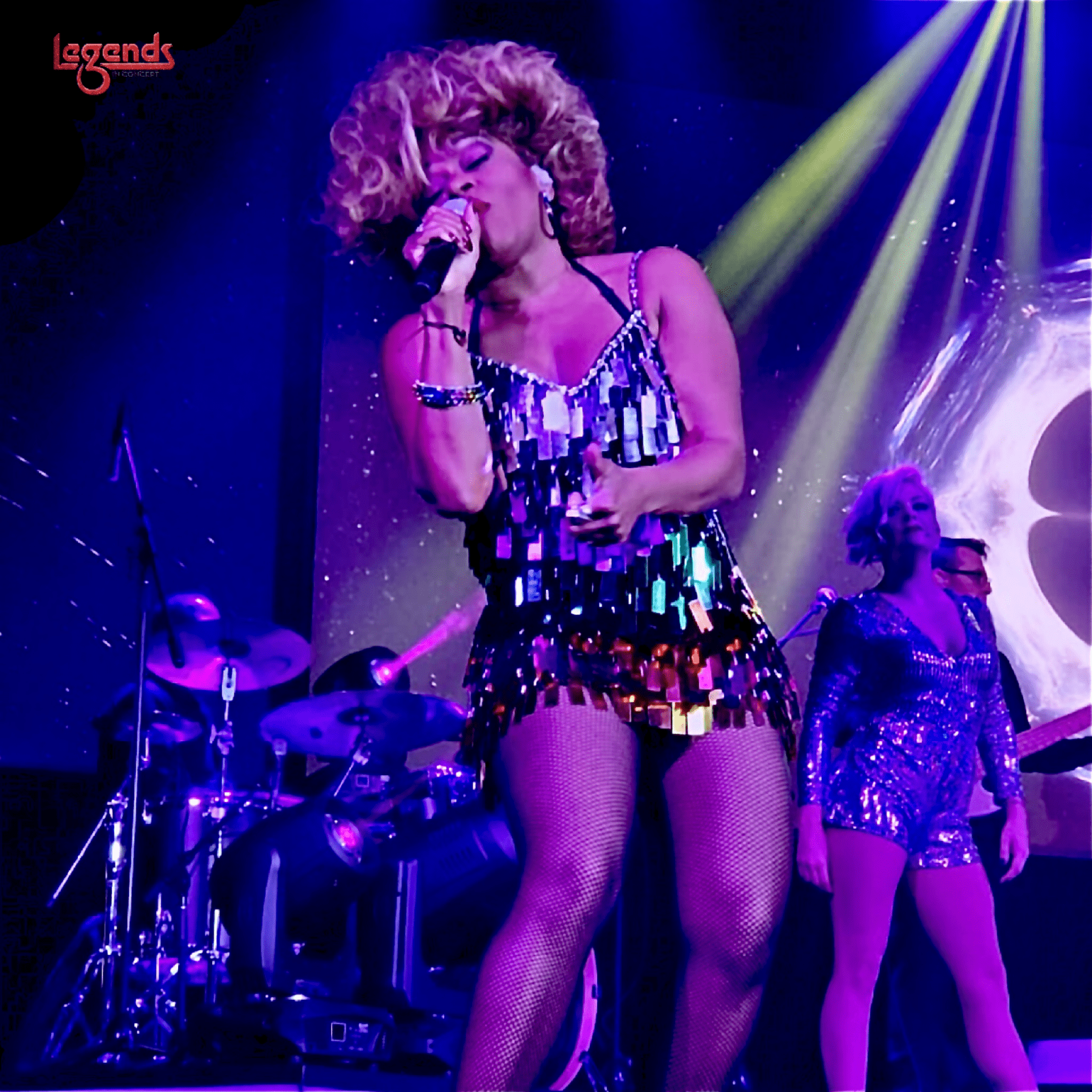 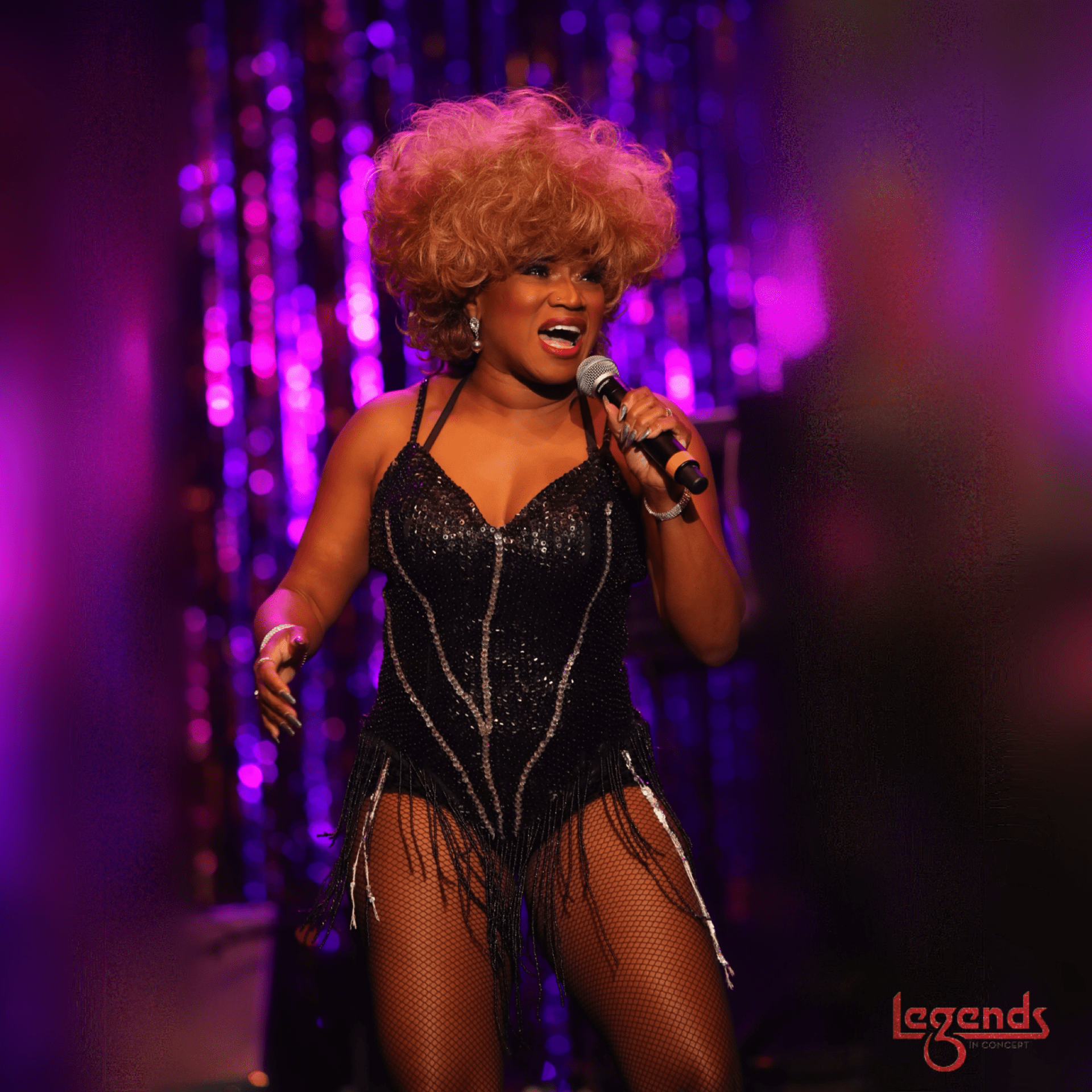 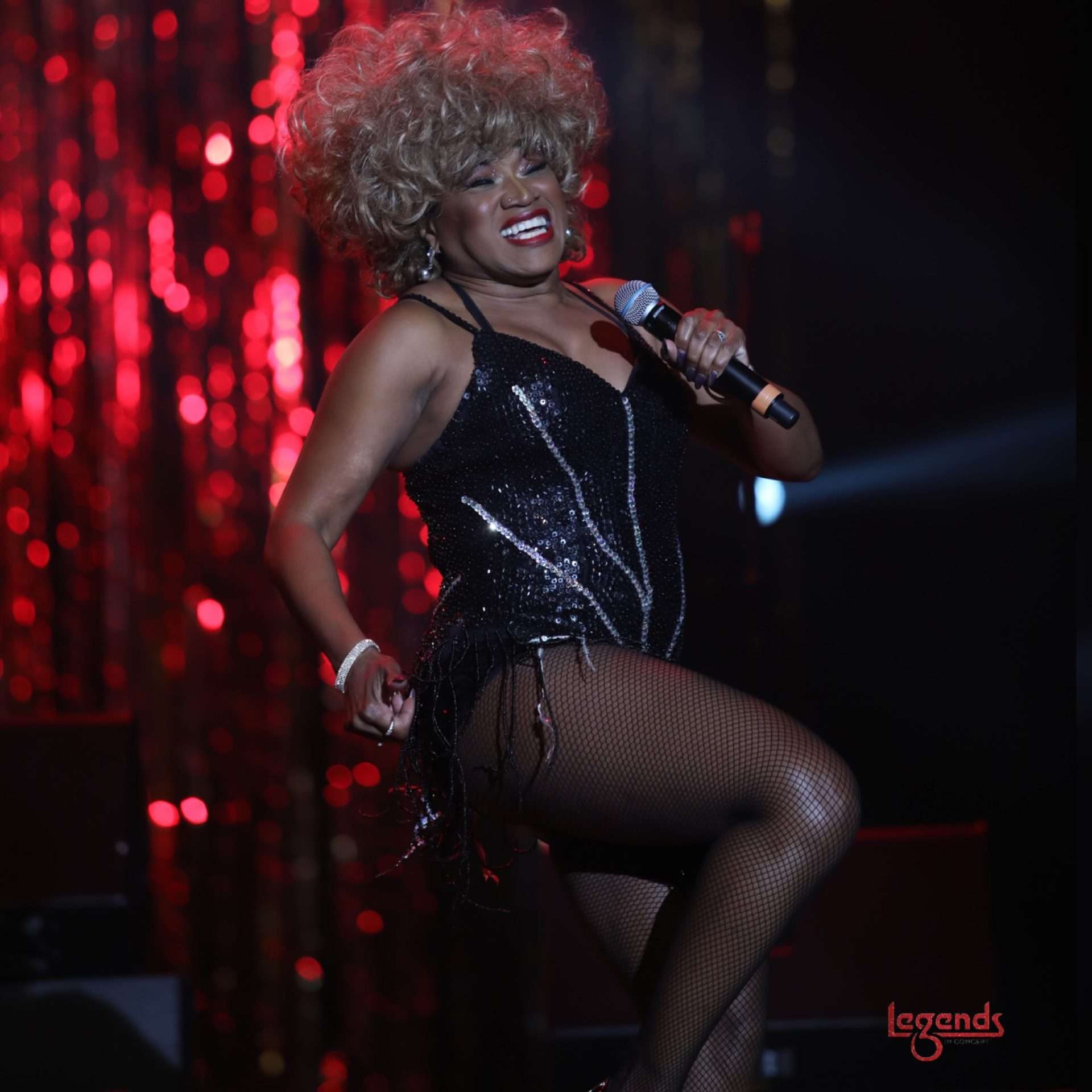 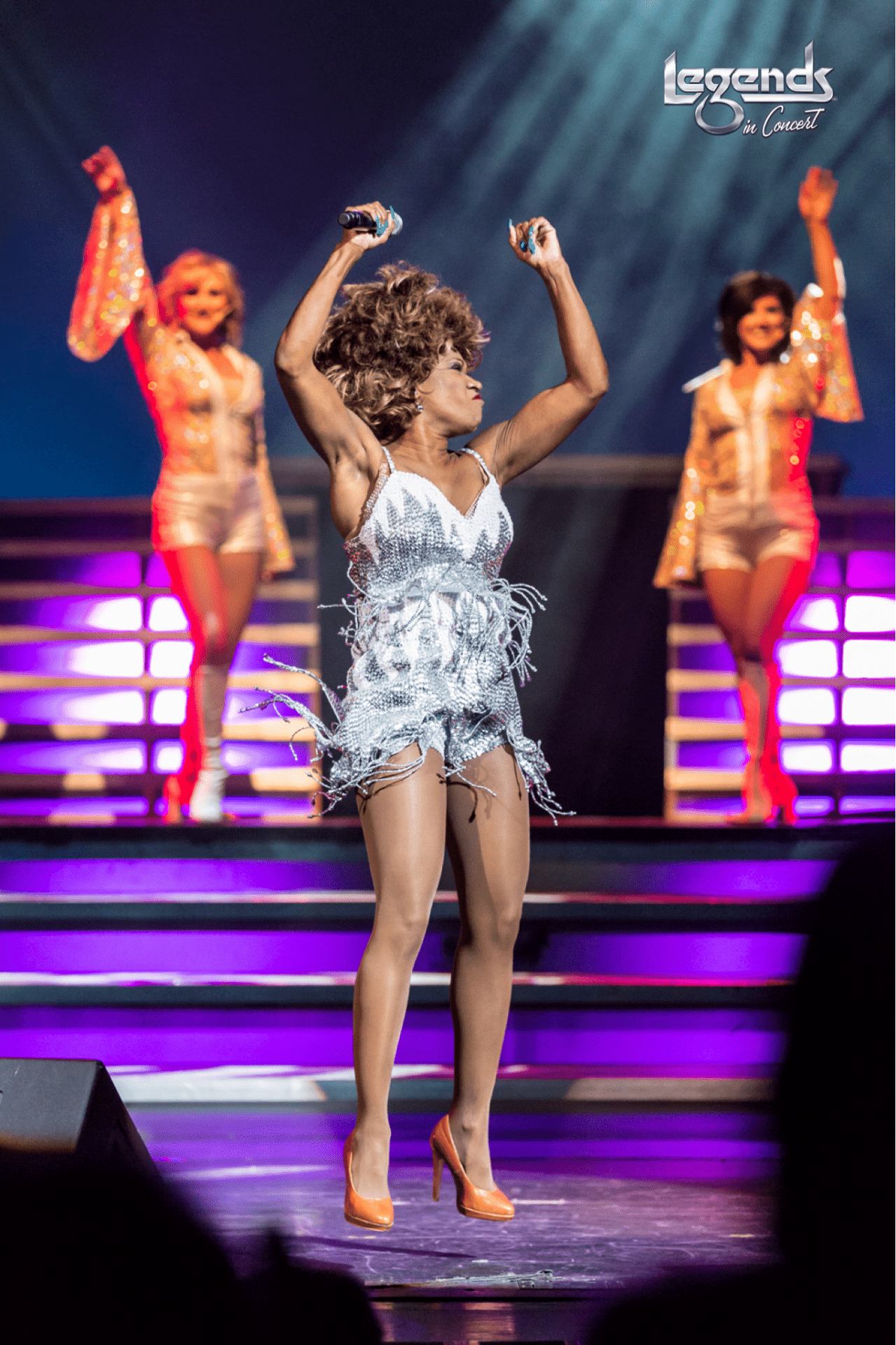 Lori Mitchell-Gay who portrays Tina Turner in the world-famous stage spectacular, “Legends In Concert,” says the voice just comes easy to her when performing the glamorous singers. Originally from Philadelphia, she attended high school at the Philadelphia Performing Arts School where she majored in theater and minored in dance.

She did not have any formal education in voice but she began singing in the church choir as a child. “The two people that influenced me most in my life,” she said, ” were my mother who was a performer, and my grandfather who exposed me to different types of music.”

Lori applied for and received a scholarship to attend Emerson College in Boston. She attended that school for one year and later transferred to Temple University where she graduated with a degree in Broadcast Journalism.

Her first professional singing job was with a top 40 group called “High Energy.” This exposure and experience developed within her a stage presence and style she would later apply to singing performances in production stage shows.

Lori is a very talented and versatile performer and tackles the seemingly impossible task of impersonating several superstar performers. In addition to Tina Turner whom she is currently emulating, she also performs a tribute to Whitney Houston and Diana Ross.

When asked which performer is her favorite to pay to tribute Lori said, “I don’t have a favorite, they are all extensions of myself.”